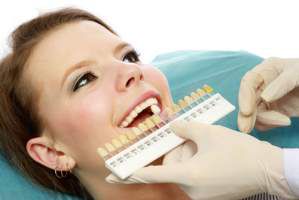 A large number of people had amalgam fillings (silver) or gold filling restorations in the past. Some amalgam fillings contained mercury. Metal fillings were effective, but very conspicuous and tended to blacken in color over time.

Composite tooth colored fillings are made of a resin filled with microscopic porcelain particles. The strength of current composites is similar to the strength of silver mercury fillings.

The advantage of a composite filling is that it is bonded to the tooth and, with a carefully blended white coloring, is extremely natural in appearance. Research has shown that a well-sealed composite filling can restore the strength of a decayed tooth almost to the level of an unfilled tooth.

Teeth restored with composite resin fillings tend to have less leakage, less recurrent decay, and less incidence of fracture – which saves time and money in the long run.