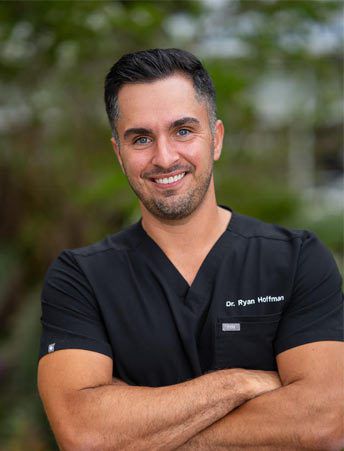 Dr. Hoffman relocated to San Diego to complete a post-graduate residency program at the VA Hospital in La Jolla, where he received advanced training in both surgical and restorative dentistry. He is committed to providing the highest quality of dental care in a personalized, compassionate manner.

When he is not practicing dentistry, Dr. Hoffman can be found hiking and biking throughout San Diego with his fiance, Kelsey, and cheering on his beloved New York Giants.